The Times They ARE a Changin'

In January 1964 American singer- songwriter Bob Dylan, released a song entitled ‘The Times They Are A-Changin’ (Columbia Records). For the many great bands who have graced the Cardiff music scene over the years, this song is quite poignant. For every musician who has at some point taken to the stage will have an absolute plethora of stories to tell about the many popular rock venues that once landmarked our great capital city. While each story may be different, those same musicians will have all noticed the many changes that have been brought about within the local music scene over the decades. 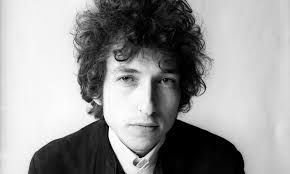 The late ’70s and early ’80s was arguably Cardiff’s hey-day, the music scene was vibrant, dynamic and enjoyable. Supporters of live music were treated to a healthy mix of styles that were available throughout the city, with a predominance of pop, rock, reggae and old time rhythm and blues belting out in many of Cardiff’s tiny bars and late night clubs. In those days, people would make a conscious effort to attend venues known for supporting live music. Often, the bands themselves would have no guarantee of payment for their performances, relying either on the door money, or a few coins being thrown into “the bucket”, or maybe a few pints put behind the bar for their reward!

Some of the more popular venues frequented during this time included The Poet’s Corner (‘PC’s’), The Dowlais, The Casablanca, The Point, The Lion’s Den, Sam’s Bar, The Full Moon Club, Bogies, The Pub on the Mud, The Big Windsor, The Royal Oak, The Square Club, The Bristol Hotel, Revolution (before it became Smileys), Monty’s, and Gassy Jacks (God Bless Alun Jones) to name but a few!

Despite the abundance of playing talent, the major recording labels, at that time were reluctant to sign anyone based on this side of the severn bridge. It certainly wasn’t a time to utilise your Welshness as a marketing tool; the concept of “Cool Cymru” was still some way off…

This lack of recognition only encouraged bands like Roosevelt to continue to write and play original material and other stuff they wanted to do without chasing trends; and despite the apparent lack of wider exposure, many talented musicians and top quality bands started to emerge on the scene.

For many people, the ultimate classic rock experience, featured a trip up the “helter skelter” stairway to the Moon Club, behind the outdoor Cardiff Market, now the site of plush restaurants and swanky cocktail bars. No matter what you ordered in the Moon Club, everyone seemed to end up with bottles of (Newcastle) Brown Ale! Tiger Bay were the regular house band – a brilliantly loud, sweaty three-piece, often joined on stage for a few songs by the legendary Burke Shelley of Budgie fame. Other bands who could guarantee you a good night out included the wonderful ‘Ned’ Edwards and his Red Hot Pokers, Sassafrass, Snatch it Back and Red Beans and Rice. Madassa, fronted currently and originally by the dynamic Dave Bowen and later by the vocally gifted Laverne Brown, have also been around since those days, blasting out their own brand of blues and soul.

For those who can remember that far back, other popular pub rock bands of the day (and worthy of mention) included Kicking the Image, Su Yu, the Raging Pygmies, Fire Down Below, Thieves, Vaseline Tigers, The Kenny Driscoll Band, Moira and the Mice, Zipper, Southpaw, the fabulous Superclarkes, All the Notes, Railroad Bill, ACAB, Sting Like a Bee, One Plus One and the Watermelons.

Sadly, only a handful of those great bands have survived and are still playing on the local scene today, and most, if not all of those once great, toilet leaking, beer swilled, dingy venues has either been completely demolished or converted into multi-story car parks & fashionable restaurants of some description; all in the good name of progress.

So in 1964 Bob Dylan was right – the times have indeed changed and as the future unfolds, they will continue to change as far as the Cardiff music scene is concerned. The next generation of talent is now emerging and with the opening of a number of small ‘unplugged’ venues and open mic nights around the city, these players are being given opportunities to showcase their talents on the local scene.  Who knows what it will all look like in another twenty years’ time…in order to survive, I suppose, (in the words of the great Bob Dylan); we’d all ‘better start swimming or we’ll sink like a stone, for the times are a changing’…